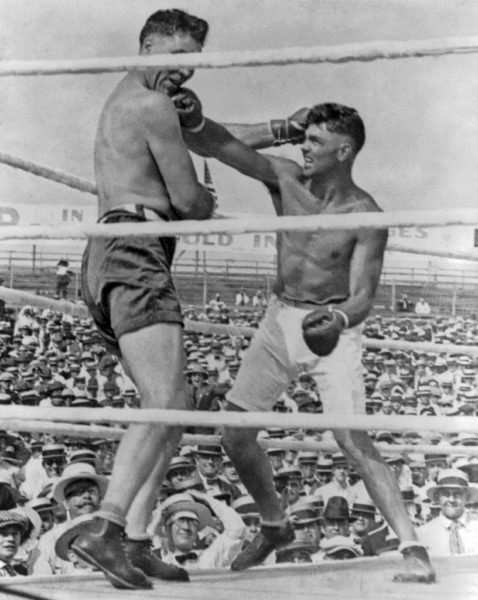 Jack Dempsey was one of America’s first great sports heroes, as famous as Babe Ruth in his time. Fans loved his aggressive two-fisted fighting style, as he chalked up 53 knockout wins, nine draws and only six losses in his fighting career from 1914 to 1927. Boxing was as popular as it would ever be during his reign as heavyweight champion from 1919 to 1926, and more profitable than ever before; he was responsible for the sport’s first million-dollar gate. When his career was over, he remained a cultural icon with exhibition bouts, product endorsements and film appearances. He is buried in Southampton Cemetery.